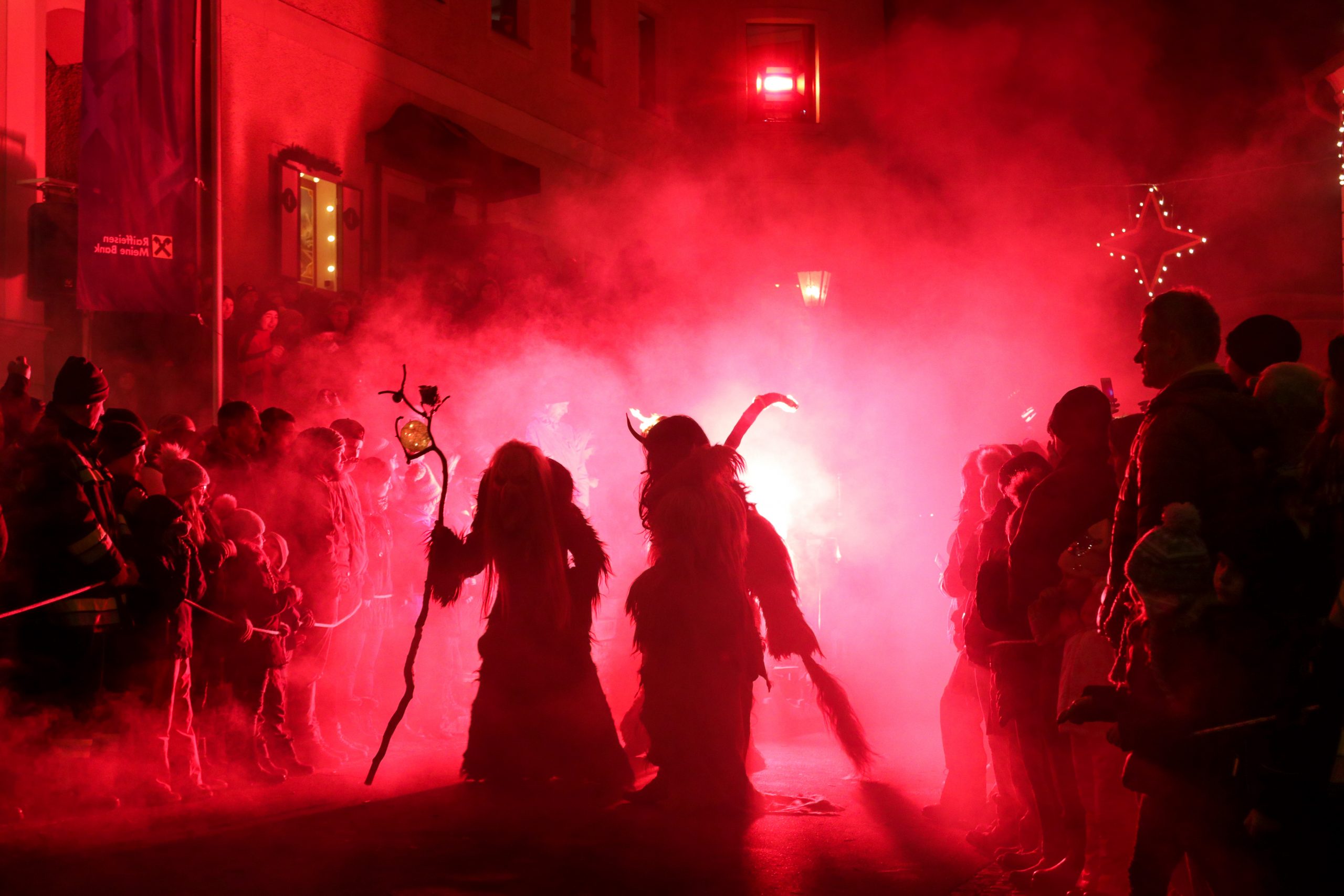 Here at One65 Main, we’re all aware of the yearly, generic holiday traditions.

Stockings are hung over the fireplace.

Wreaths are placed outside doors.

Festive lights are slung across rooftops.

After so many holidays doing the same exact thing, these traditions can get a little boring. In the spirit of this wonderful time of the year, we at One65 Main wanted to examine other Xmas-time celebrations that we found delightfully bizarre. Maybe there’s some ideas here to liven up your next Yuletide gathering:

Anything is a holiday tradition, as long as there’s a parade.

In Austria, December 5th is a Christmas tradition, but jolly St. Nicholas is nowhere in sight. Each year, the Austrians honor the legend of Krampus – an Alpine folklore creature who is part goat and part demon. Residents dress as the bizarro world Santa and parade through the streets for Krampusnacht, or “Krampus  Night.”

Some bad kids get lumps of coal, others get thrown into Krampus’ sack.

Pleasant dreams thinking about that.

Most gather around the family table, digging into turkey, mashed potatoes, cranberry sauce, and… KFC?

Colonel Sanders apparently made a huge impact in Japan. Despite looking very similar to Santa, the Colonel inspired countless Japanese households to enjoy Kentucky Fried Chicken each Xmas. The fried chicken chain became embedded in the culture in 1974, when KFC launched their first international holiday campaign. The commercial depicted fried chicken served along with a bottle of wine.

The tagline: Kentucky for Christmas.

Now, party buckets are in high demand throughout the country, featuring different side options, and a commemorative plate.

In Sweden, families place the Julbock or The Yule Goat beside their Christmas tree. Featured heavily in Scandinavian festivities, the Yule Goat derives from Norse mythology. These large grazers pulled Thor’s chariot and would serve as sustenance to their master each evening.

A city in Sweden builds the largest Yule Goat every holiday season. Once Christmas passes, the effigies are mauled by the townspeople. Its straw make is completely destroyed.

That’s one way to get rid of holiday stress.

This tradition is not for the arachnophobic. In a decorative decision that many would consider stolen from Halloween, Ukrainians celebrate the holiday with creepy crawlers.

Locals replace baubles, tinsels, and stars with decorations that mimic the natural formation of spiders’ webs. The tradition of eight legs crawls back to a folktale about a poor widow who couldn’t afford to decorate the tree for her kids.

The terrifying legend claims that spiders in the house took pity on the woman and spun beautiful webs all over the tree.

The children awoke on Christmas morning ensnared in the spiders’ trap. Screaming.

Justtttt kidding… but seriously, apparently webs are considered as lucky in Ukrainian culture. Locals don’t rip apart their creation, like many here stateside do.

Best Horror Movies To Watch At One65 Main

Fall Activities For The Whole Family Near One65 Main

Authors You Didn’t Know Were Born Near One65 Main